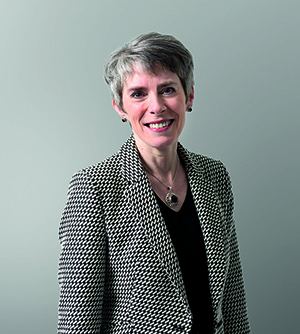 Kathryn McDowell became Managing Director of the London Symphony Orchestra in 2005.  Building on the Orchestra’s reputation she has enriched the artistic programme with outstanding artists, including the appointment of Sir Simon Rattle; extended its profile internationally through partnerships in Europe, Latin America, Asia and Australasia; developed its recording label LSO Live into the most successful orchestra-owned label in the world; deepened its Discovery programme at LSO St Luke’s as a leader in the field of Education & Community work; and built a more sustainable financial model.   Kathryn has held prominent positions in leading cultural organisations including Music Director, Arts Council; Chief Executive of the Wales Millennium Centre; and roles in Scotland and her native Northern Ireland.

Kathryn holds honorary awards from three London music colleges and was named Incorporated Society of Musicians’ ‘Musician of the Year’ 2017.  She was appointed Deputy Lieutenant of Greater London 2009 and CBE in 2011.